Route 66 tour in New Mexico: what not to miss

Route 66 New Mexico: All the Attractions along the Route

Here we are at our sixth stop: New Mexico. Driving along the increasingly fascinating roads of Route 66 we will drive through important cities such as Santa Fe, Albuquerque and Gallup, in search of some of the most interesting sights on Route 66. If you are coming from Texas, remember to set your clocks because from now on you will enter Mountain Time.

The major cities we will encounter along Route 66 are listed here from east to west. If for some reason you prefer to move from west to east, all you have to do is start at the end. Before we start talking about the best Route 66 attractions in New Mexico, let me remind you to read our Route 66 trip planner. In this first important city in New Mexico we will come across many interesting attractions in pure Route 66 style. Maybe the Teepee Curios will be the first thing that strikes you; it is in fact a souvenir store that used to be a service station, with an Indian tent outside that will surely catch your eye.

Another particular place is the restaurant La Cita (820 S 1st St), also easily recognizable as it is dominated by a huge Mexican sombrero as an advance sign of what type of cuisine reigns supreme here. Speaking of easily recognizable signs, a special mention goes to the Blue Swallow Motel (815 E Rte 66 Blvd) that can boast one of the most beautiful signs you’ll find along Route 66. If you were particularly impressed by the latest film from the Jurassic Park saga, or if you are a dinosaur enthusiast in general, you should visit the Mesalands Dinosaur Museum (222 E Laughlin Ave), where you can touch bronze models of these protagonists of prehistory. Before you leave this city behind, why not take a look at the Tucumcari Historical Museum (416 S Adams St)? There you will find a lot of news about local history and, of course, an exhibition dedicated to the history of Route 66 in New Mexico. Many of you may have an idea of New Mexico’s nature as arid, almost desert-like. This is partly true, but on entering Santa Rosa you will feel like you are in another region. This city in fact is a real green oasis and is also famous for its lakes, which have a great attraction for all diving enthusiasts. It is worth visiting both the Blue Hole and Perch Lake where, even if you are not an experienced diver, you can still take a refreshing break.

If you find yourself in front of a yellow car suspended on a pole, then you have arrived at the Route 66 Auto Museum; an attraction that classic car lovers cannot miss.

Once you’ve left the city of Santa Rosa behind you, you’ll have to choose which road to follow, because at this point Route 66 splits into two branches; one to the north that follows the older route of the road and one to the south that follows the section built around the 1930s. This division will end in Albuquerque when the two routes join together again. Following the route north, the first major attraction you’ll come across is the Pecos Pueblo which, before being abandoned in the 1830s, was home to more than two thousand people. You can then visit the Pecos National Historical Park which houses the ruins of the pueblo and those of two Spanish missions. The ancient Santa Fe is the capital of New Mexico and here lovers of history and museums will find something right up their street: at Museum Hill, they will be spoiled for choice, as it is a complex that includes several museums dedicated in particular to Spanish colonial art and Indian art. In the vicinity of Museum Hill, in the renovated rooms of what was once a mission constructed from adobe, you’ll also find the Georgia O’Keeffe Museum, dedicated to the famous American painter.

In view of the considerable Spanish presence in the region, there are some characteristic religious buildings worthy of note, including the San Miguel Mission (401 Old Santa Fe Trail) built in 1610 and the Loretto Chapel (207 Old Santa Fe Trail), which houses the Miraculous Staircase, an object with a curious history: it is said that after the church was built, a problem arose that was considered impossible to resolve, that of connecting the choir to the lower part of the church without a staircase taking up all the available room in the already small space.

In order to find a solution to this problem, the sisters decided to recite a novena to St. Joseph, patron saint of carpenters, and on the ninth and last day, a carpenter came to the church in search of employment. After several months of work, once the spiral staircase was completed, the carpenter disappeared without asking for payment. After searching for him for many days without success, even using ads in the local newspaper, the nuns believed that it was St. Joseph himself who had completed the staircase. Whoever built the staircase, however, did a job that was state-of-the-art in that era: the staircase has no central support and also turns out to have been built without the use of nails. You are now in Albuquerque, the most important city in New Mexico. The part of the city that is most definitely worth a visit is the picturesque Old Town, which houses a series of stores, houses and religious buildings all in adobe style, including the church dedicated to St. Philip Neri built in late 1700.

Those who don’t want to miss any interesting museums can visit the New Mexico Museum of Natural History (1801 Mountain Rd NW), which hosts a permanent exhibition about dinosaurs with life-size reconstructions, and also the American International Rattlesnake Museum, located in Old Town, which exhibits what the owners say is the largest collection of live rattlesnakes in the world.

Among the various guided tours that can be undertaken in Albuquerque, the most famous is surely the one dedicated to Breaking Bad and its spin-off Better Call Saul. Fans of the TV show can of course choose to visit the various locations on their own (thanks also to our guide to an Albuquerque Breaking Bad itinerary) or take an organized trip on the motorhome similar to the one used by Walter White and Jesse Pinkman. If you have time to make a detour of about 12 miles south of the Route 66 route, a famous pueblo in New Mexico, the historic site of Acoma Pueblo, also known as Sky City and famous for being one of the most continuously populated places in the United States, is definitely worth a stop. Although only fifty people live there today, according to archaeological studies, the Acoma Pueblo settlement was inhabited as early as the 12th century. You can only visit it via paid guided tours, and if you want to take souvenir photos,  bear in mind that you can only do so by purchasing a special permit. If you haven’t had a chance to stop by Acoma Pueblo, make sure to stop by the Santa Maria Mission just outside McCarty’s ghost town; it’s a replica of the church on the Acoma site and you’re free to take as many photos as you want. Gallup is the last major town you will encounter before crossing the border into Arizona, and is basically a gateway town offering many accommodations for a night’s rest before continuing your journey. In particular, the stretch of Route 66 that runs through the city on either side of it has an almost endless amount of motels.

In the golden years of American cinema, Gallup was known as a sort of Hollywood of the South, given its strategic location allowing Western film crews to lodge a short distance from the sets. One clear sign of this still visible today is the El Rancho Hotel and Motel (1000 East 66), where many famous actors stayed including Clark Gable and John Wayne, and where the walls are covered with testimonies of the period. Even if you have not booked a room, a visit is worthwhile. The Navajo Code Talkers Museum (106 W. Highway 66) is an interesting little attraction to visit to discover some forgotten aspects of contemporary history. Located inside the local chamber of commerce, it traces the story of how during World War II, American military strategists had the insight to use the Navajo language to disseminate confidential military communications. The reason for this is that the Native American language was extremely complex, had no alphabet, was passed down only orally, and at the time there were only about thirty Navajo speakers who could understand it.

Where to Stay Along Route 66 in New Mexico

If you want some advice on the best hotels and motels along this stretch of Mother Road you can read the section dedicated to where to stay along Route 66 in New Mexico in our article.

If you’d like to delve into the individual attractions of each city, each one has its own institutional site, in many cases well written, where you will find all the additional information you need.

Here’s what not to miss in the other states: 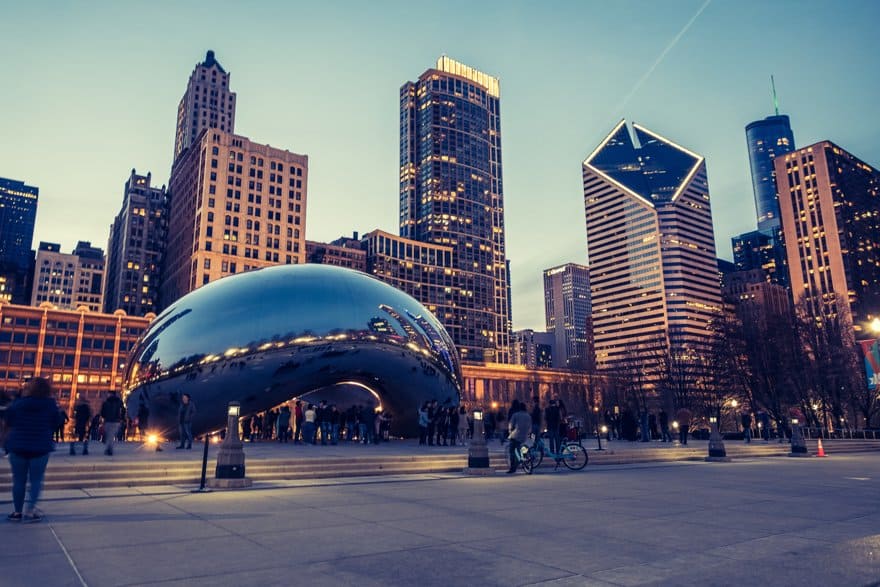