Are you passionate about Hollywood and want to retrace the steps of American cinematography? Are you curious to find out what the social life of Beverly Hills and Rodeo Drive is like? Do you want to take a trip to the sunny beaches of California? Or do you want to have fun at the world’s most famous amusement parks?

These and many more are the reasons to get to know and discover the City of Angels. In this Los Angeles Travel Guide you will find tips and advice on places to visit, where to stay, how to save money, and much more to plan your city vacation. 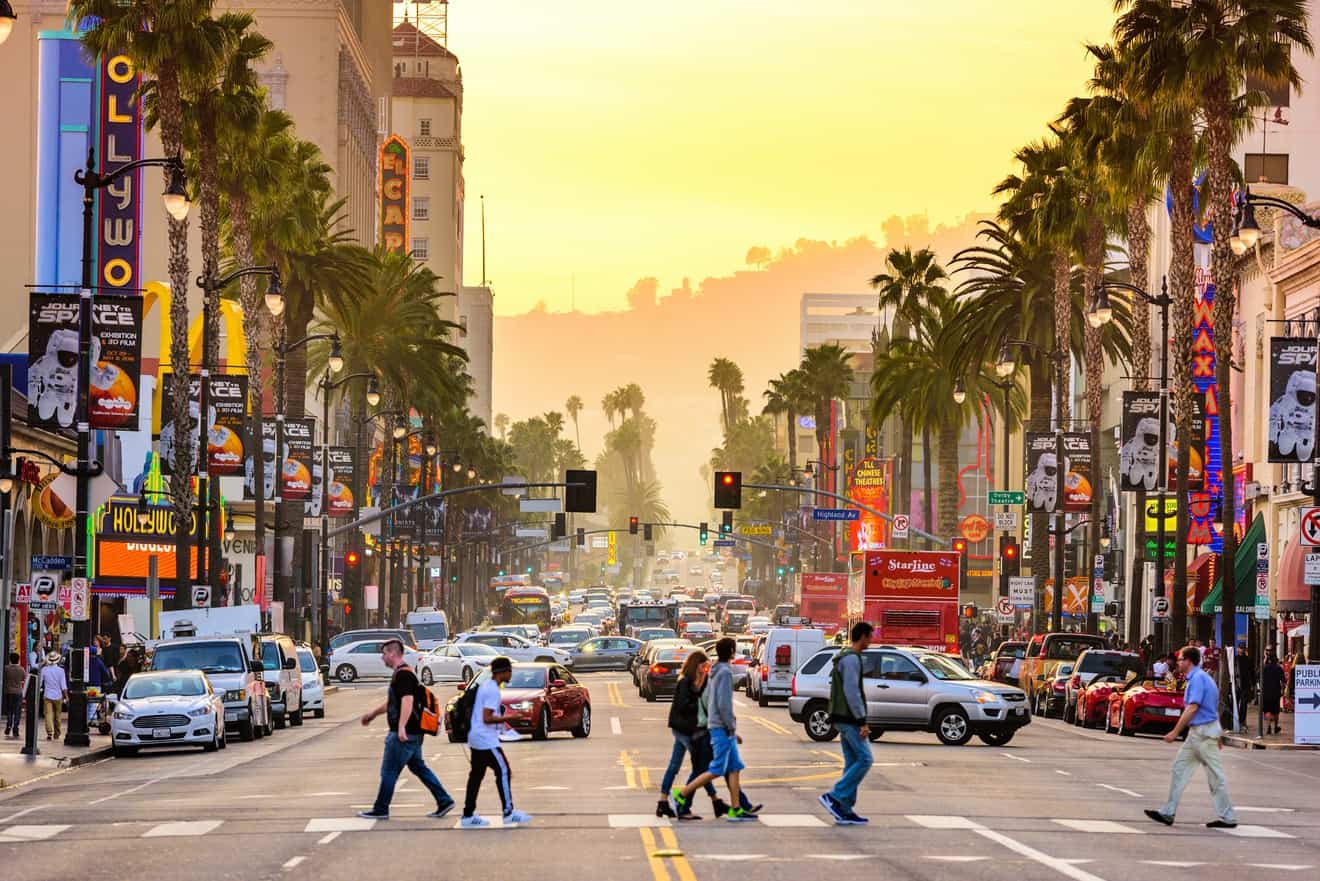 Los Angeles is the city of a thousand faces and attractions; it is both exciting and a bit intimidating at the same time. We are talking about one of the… 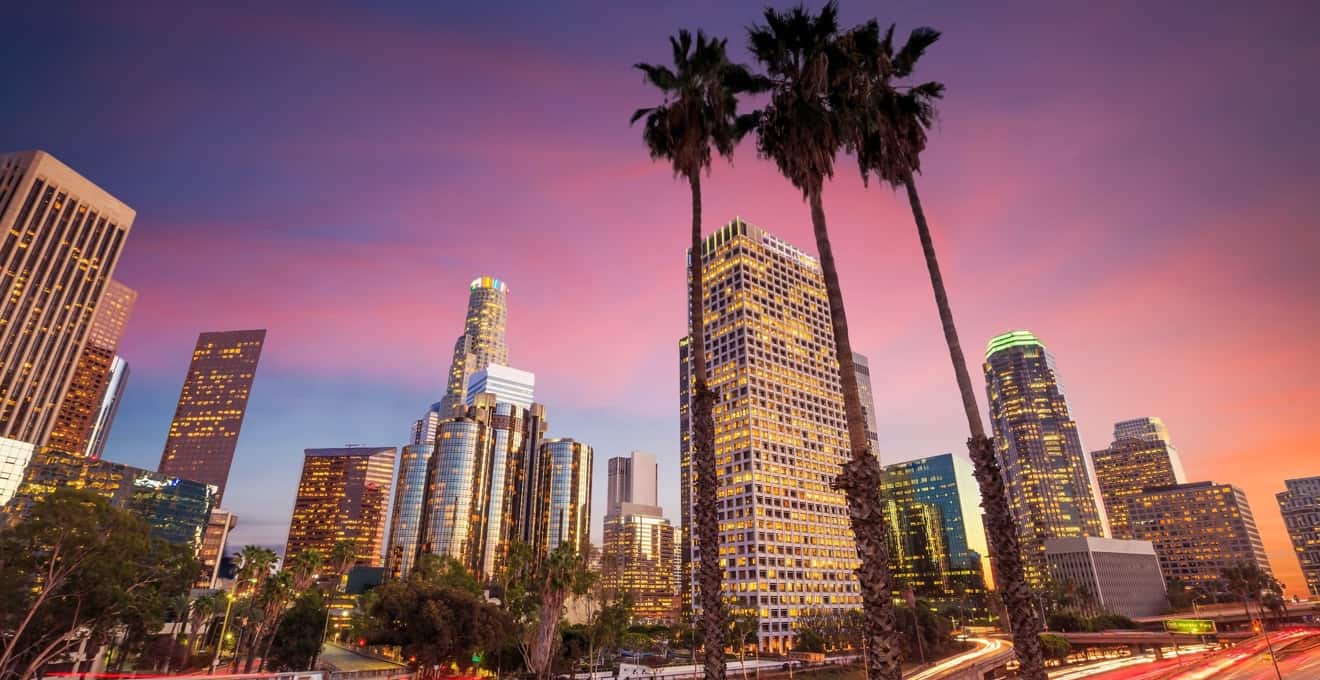 Home of the U.S. film industry, Los Angeles boasts numerous attractions, from the luxurious celebrity villas of Bel Air to the beaches that go on for miles on the Pacific…

Plan your trip, attractions, and neighborhoods All activities in Los Angeles It’s no mystery that Los Angeles is a huge city and it is not exactly easy to get around. Despite having good infrastructure, the distances are so great that driving proves to be a major feat for tourists who want to see all the attractions that this great city on the West Coast has to offer in a single visit,…

Ideas for a road trip from Los Angeles

Los Angeles, together with San Francisco, is a good starting point to organize a longer trip through California and the other states of the Southwest. Here you can find many itineraries and ideas: 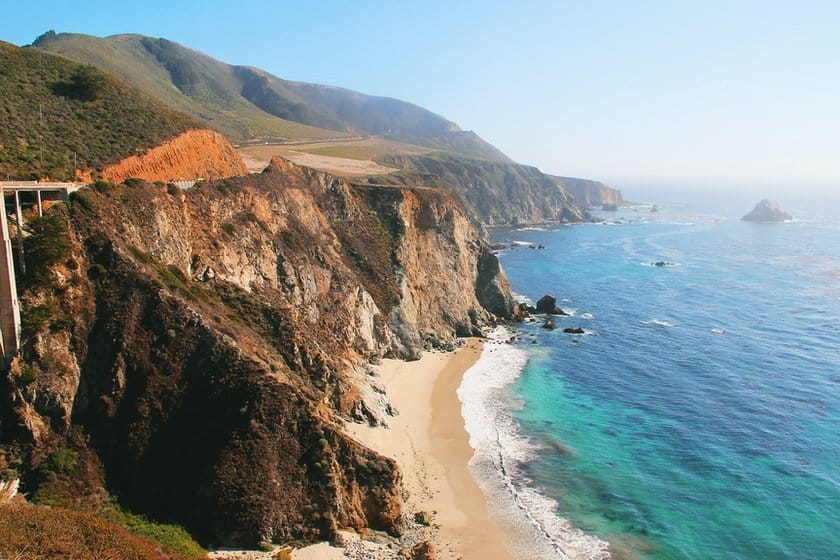 Here is some general information about Los Angeles so you can get familiar with the city and also a detailed FAQ section to answer the most common questions about the City of Angels.

Where is Los Angeles located?

Los Angeles (coordinates 34°03′N 118°15′W) is located on the southern California coast, 382 miles from San Francisco and 120 miles from San Diego, in an area that from the morphological point of view, presents a remarkable variety of landscapes, ranging from beaches overlooking the ocean to green hills to desert areas.

A Brief History of Los Angeles

Los Angeles is also called the City of Angels because of its original name, El Pueblo de Nuestra Señora la Reina de los Ángeles sobre El Río Porciúncula, a settlement founded in 1781 by 45 Mexican settlers who branched off from the nearby mission of San Gabriel, which had been founded by Junipero Serra, a Franciscan friar to whom we owe many of the California missions that make up the El Camino Real route. What remains of the original settlement is the area called El Pueblo and Olvera Street.

How big is Los Angeles?

If we look exclusively at the county of the same name (Los Angeles County), it is a territory of 503 square miles, the most populous county in the entire United States of America (3.967 million inhabitants). However, when we talk about Los Angeles, we refer to its immense metropolitan area (Greater LA), which covers about 33,954 square miles, including Ventura, San Bernardino, Riverside, and Orange Counties.

What is the population of Los Angeles?

With over 18 million inhabitants, Los Angeles (when you consider Greater Los Angeles Area) is the second most populous city in the United States of America, second only to New York, the only one to surpass it among American cities also in terms of territorial extension.

When is the best time to visit Los Angeles?

The climate of Los Angeles is temperate, and is characterized by hot summers and mild winters and infrequent rainfall and pleasant temperatures throughout the year. It is therefore a travel destination suitable for all seasons. To learn more, read our in-depth guide on when to go to Los Angeles.

As for the time zone, the City of Angels is in the Pacific Time Zone, which includes California and Seattle, much of Nevada and Oregon, and some counties in Idaho. The time in this zone is calculated by subtracting eight hours from Coordinated Universal Time (UTC−08:00), seven hours during daylight saving time (UTC−07:00).

What universities are in Los Angeles?

Like all large cities, Los Angeles boasts a remarkable number of cultural institutions, museums, and universities. Throughout the Greater Los Angeles Area there are many colleges and universities, but the most renowned are the California Institute of Technology, located in Pasadena, the University of California (UCLA), whose campus is located in Westwood, a neighborhood a few miles from Beverly Hills, and the University of Southern California, located in University Park, a neighborhood southwest of Downtown.

In the city you will also find excellent museums, such as the Getty Center, an impressive collection of paintings and sculptures from Greek art to the present day, the Griffith Observatory, a renowned observatory for the study of space, and the LACMA (Los Angeles County Museum), an art museum with collections from various historical periods. The city can also be very interesting for lovers of contemporary art, well represented at the MOCA (Museum of Contemporary Art) and The Broad, with its futuristic architecture.

The Walt Disney Concert Hall, one of the buildings near The Broad, is a fascinating example of futuristic architecture. All of these institutions are located in Downtown Los Angeles.

Why visit Los Angeles? What is it famous for?

The city is inevitably associated with Hollywood movies, which often immortalize it as the subject of their films (just think of TV series such as NCIS Los Angeles or movies like Escape from Los Angeles with Kurt Russell or Once upon a time in Los Angeles with Bruce Willis) and many of its tourist attractions are inevitably linked to the world of cinema, for example the Walk of Fame on Hollywood Boulevard or Universal Studios, the most famous of Hollywood’s studios. However, a vacation in Los Angeles can also offer much more than the most typical Hollywood sights ranging from theme parks such as Disneyland, to famous beaches such as Santa Monica and Venice Beach, from the neighborhoods of VIPs (above all Beverly Hills and Bel Air), to breathtaking viewpoints over the city (and not only the ones that allow you to admire the famous Hollywood sign), from iconic streets and characteristic neighborhoods to the already mentioned museums of great prestige.

Getting Around Los Angeles: Flights and Car Rental

What is the best way to get around Los Angeles? Our advice for visiting Los Angeles is to use a car to get from neighborhood to neighborhood and to fully explore the many attractions that this city offers. Here are our tips on how to rent a car in Los Angeles. As far as flights are concerned, the main airport of Los Angeles is the Los Angeles International Airport (LAX), which is located about 9 miles south of Santa Monica. For domestic flights there are 3 additional possibilities:

Hotels Los Angeles: Where to Stay?

Los Angeles boasts an endless quantity and variety of hotels and other types of accommodations, and there is the added advantage that it is easier to find cheaper hotels here than in other cities. The important thing is to choose the right area, so that you are able to easily reach the attractions that interest you, and you avoid staying in areas that are not really recommendable. For this reason, we have created a guide on the best neighborhoods to stay in Los Angeles.

What to Eat in Los Angeles?

We can’t talk about typical Los Angeles cuisine. Instead, here you will find the variety and mix of culinary cultures that characterize the big cities of the United States. The main kind of food you will taste here is Mexican cuisine (tacos, burritos, chili, etc. …) but in the City of Angels will not struggle to find, in addition to typical American dishes, an infinity of various other cuisines, often adapted, as it often happens, according to the U.S. taste.

Los Angeles can also boast for years a culinary offer of the highest level which, since the 80s, has been able to attract in the city great chefs from all over the world. One of the main initiators of this food revolution is Wolfgang Puck, and thanks to his restaurant Spago in Beverly Hills, he has been able to contribute greatly to the diffusion of California cuisine made with local ingredients and seasonal products. For more tips and information, I recommend that you read our guide on where to eat in Los Angeles.

Where are the best places to go shopping in LA?

For those with deep pockets, Los Angeles is a shopping mecca. Taking a stroll down Rodeo Drive or Melrose Place in search of a trendy outfit could cost you an arm and a leg, but luckily the city also offers bargains for mere mortals. One place to go bargain hunting is the Fashion District, where you’ll find wholesalers and retailers zoned according to the type of item they sell. There are also many shopping malls such as the Grove, the Americana at the Brand, or the Farmers Market, where, among the many food products, you will also find some stalls of budding young designers.

What to Do in Los Angeles Nightlife?

In Los Angeles there is no shortage of opportunities to have fun in the evening or late at night, and in many neighborhoods you will find interesting places, whether you like to drink, dance, or listen to live music, but if you are looking for the classic nightlife scene in Los Angeles, head to the Sunset Strip, the famous stretch of Sunset Boulevard where there are clubs, restaurants, and other attractions.

Like all major American cities, Los Angeles has its dangerous neighborhoods but in general, especially in tourist and residential areas, it is a safe city. The worst neighborhoods are West Adams and Skid Row, but these are areas in which you are unlikely to cross. Among the tourist areas instead, more attention may be required at night in some streets of Downtown, Venice and Hollywood, however, if you use common sense and pay attention, you should not have problems.