Best Time to Go to Death Valley, Climate and Temperatures 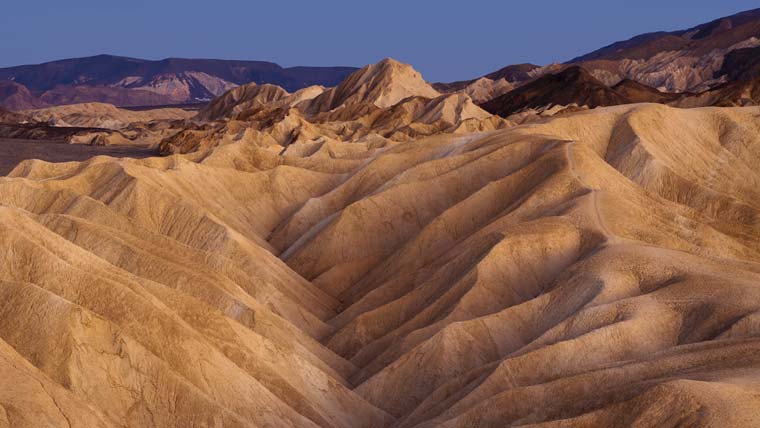 The weather in Death Valley is often prohibitive: here's how to orient yourself

Death Valley: there must be a reason this park in California is called that! Often one of the factors that most frighten people hoping to visit the West Coast is the arid climate of Death Valley. The scorching temperatures and warm winds, especially in summer, are unbearable to most people. Since the summer is a popular time to visit California, the weather in Death Valley becomes a real problem for many visitors.

In this article I want to give you tips to understand the best time to visit Death Valley harsh desert area, adding some practical advice on how to survive if you happen to visit when the heat in the so-called Furnace Creek is really intolerable.

When the American poet Thomas Stearns Eliot titled one of his poems”The Waste Land” he was not referring directly to Death Valley, but in my opinion, it seems to a very fitting definition. To make you understand what to expect from the climate and landscape of this valley, remember that the immense, arid saline depression of Badwater Basin is 282 ft below sea level. Death Valley has some incredible views not to be missed, but in the summer months, you won’t be able to stay out of the car for more than a few minutes.

To say that that the temperatures are high is an understatement. In the summer, the peak temperature of the day is 113° F or above, and it often reaches 122° F. The record is still that set on 13 July 1913: 134° F, but it was nearly broken in August 2020, when the temperature rose to 131°F. The heat, fortunately, is dry and not humid, which lowers the perceived temperature a bit.

The lows in July and August are between 60 and 65° F  at night, which is why I always recommend going for a drive around the park during the early morning hours.

Fun fact: The world record almost doesn’t belong to Death Valley, but to El Azizia, a town in Libya (136°).

The best time of year to visit Death Valley for some people is the winter. If you have planned your vacation in this season, you can enjoy Zabriskie Point and the other beauties of the park without succumbing to the dry heat that characterizes the area. Others prefer the relatively “mild” climate of fall and spring.

Snow in Death Valley is a rare and fascinating event. In winter you can see the highest peaks of the park covered by a blanket of snow. It is just as rare that it will rain. In Death Valley, it never rains more than 10 days a year, and the highest concentration of rainfall is in March and December (2-3 days a month).

The best months, after all, are November, February and March, during which you can also dare to venture along somewhat longer trails, such as the Golden Canyon Trail or the Mosaic Canyon Trail (among others). In the winter it might be useful to bring an anorak for when the temperatures drop, especially at night. In the spring you can see some desert plants in bloom.

Death Valley Summer Months: How Do You Survive?

If you are one of those who will visit Death Valley in the summer months, you can follow these tips to avoid being overcome by the infernal heat of the valley:

In light of these recommendations (especially the first one) a good solution is to stay in the lodges inside the park or in the hotels located in the immediate vicinity of the park (In Beatty, for example). Clicking on link below you will find some tips for overnight stays in the area.

Where to stay in Death Valley

The name itself can be disheartening. “Death Valley” doesn’t sound like a very good place for a vacation, yet every year many tourists who visit California decide to go to Death…

This is one of the most frequently asked questions of those who plan a trip to California: where to stay in Death Valley? We have received many requests for advice…

Zabriskie Point is one of the most emblematic places in the Southwest, yet not everyone who travels to the West Coast knows where it is or how to get there….

Is it possible that a large expanse of dry brownish mud attracts thousands of visitors every year? The answer is yes, especially if there is a phenomenon that has been…