What are the top attractions in Mendocino?

Mendocino is a slice of New England in California. Its cliffs overlooking the sea, its family-sized cottages and the quiet breathtaking atmosphere has become more and more popular among tourists, who come here to see an attraction that put this city on the map.

For many years, in fact, Mendocino’s fame was not primarily because of its coastlines and splendid views, but due to the fact that, precisely because of its unique characteristics, it was chosen as the location for the successful TV show called Murder, She Wrote with Jessica Fletcher as the protagonist. Mendocino is the fictitious city of Cabot Cove. Therefore, Cabot Cove is not in Maine as the show claims, but in California.

As I just mentioned, Mendocino is not in Maine. Rather, it is on the West Coast, more precisely in Northern California Coast, where it overlooks the Pacific Ocean and it is about a 3-hour drive from San Francisco. To get to Mendocino you have two options. You can either drive along the lesser-known US-101 that winds through the state or you can take the scenic Highway 1 along the picturesque California coast. If you decide to opt for this second option, however, you should know that the travel time will increase significantly. We are talking about more than four and a half hours of driving from San Francisco to Mendocino.

Things to Do and Best Places to Visit

Mendocino is the only city on the California coast in a Historic Preservation District, but here you will not find that many attractions, especially if you are used to cities like San Francisco or Los Angeles, but Mendocino still offers a unique landscape and atmosphere. In addition to its “relative” proximity to Hollywood, the magical atmosphere of New England can be experienced at these latitudes, and you’ll understand why many movies and TV series have been shot here. Over time, in fact, Mendocino has not only been the home of Jessica Fletcher but has also been the background for movies like Love Forever with Mel Gibson, the third episode of Karate Kid, The Majestic with Jim Carrey and East of Eden with James Dean, just to mention the most famous ones. The Kelley House Museum, in addition to being in a quaint building, is the perfect place to discover more about the history of this city. Its permanent photo exhibition is quite impressive and it compares how Mendocino was once to what it has become today. Every Saturday and Sunday at 11:00 am, the museum organizes a guided walking tour of Mendocino that lasts about 2 hours. The tour will take you to discover all the corners and secrets of this unique city. You can find the prices and any changes in tour schedules by visiting the official website of the museum.

The Mendocino Music Festival has been held every year since 1987, usually in July. The music ranges from classical to jazz and contemporary music and attracts leading musicians from all over the world who don’t want to pass up the opportunity to perform in such a fantastic location. Obviously you can’t separate Mendocino from Cabot Cove, so taking a picture in front of Jessica Fletcher’s house is almost a must (especially if you came here for this specific reason). The building that the famous writer chose as her setting is called Blair House (45110 Little Lake Street). Today it is a bed and breakfast (although, the reviews are not particularly encouraging). A replica of the bike used by Angela Lansbury during the shooting of the series leans against the long white fence that surrounds the house.

Another special feature of Mendocino are its wooden water towers. As the name indicates, these towers were used to collect water and redistribute it to the city. Before electricity was invented, a windmill was used to pump water into the pipes. Fun fact: As you wander through the streets of Mendocino you will likely come across a small wooden oriental style building of oriental style. It is the Temple Kwan Tai Museum (45160 Albion St), an old Chinese Taoist temple, a sign left by the large Asian community present in this area. Mendocino has one of the most beautiful coasts in California, which, like Point Lobos near Carmel, is not typically included in the classic tourist itineraries. The fascinating cliffs of Headlands State Park may remind you of the beautiful Pfeiffer Beach, one of the major attractions of the Big Sur. The best time to visit this park that surrounds three quarters of the city is between fall and spring, when the fog clears and you can admire the beautiful sunsets more easily.

The historic Ford House Visitor Center and Museum, which is located on Main Street of Mendocino, is one of the visitor centers of the park. Here you can receive information not only about the attractions of the park, but also about the migration of gray whales that pass right in front of this coast at certain times during the year. If you love hiking and nature, Russian Gulch is the park for you. It has beautiful natural landscapes and small scenic waterfalls, which are one of the main attractions in the area of Mendocino and can be easily accessed by a fairly simple trail.

Devil’s Punch Bowl, located on the coast, is a tunnel dug over thousands of years by waves, which has also created a cave that is more than 300 ft wide. The view of the waves breaking on this shoreline makes the hike to this point worth it. In Point Cabrillo Light Station State Historic Park, located just north of the city of Mendocino, there is a historic lighthouse. In addition to the lighthouse that was built in the early 1900s and the museum dedicated to it, you can walk along one of the many trails that wind towards the coast and enjoy the best that nature has to offer.

The park is open every day from sunrise to sunset and the lighthouse can be visited from 11:00 am to 4:00 pm every day of the week, including holidays. If you miss the New England lighthouses, it’s the perfect place to make you feel like you are in New England. Big River Beach, located at the confluence of the Big River and the Pacific Ocean, is one of the most popular beaches in the area. If you don’t like large crowds, don’t let this beach’s fame scare you away. Although it’s well known, it will never be as crowded as the other tourist beaches in the state.

There are two ways to access the beach. The first option is to take a short trail that starts behind the Mendocino Presbyterian Church, where there is also a small parking lot. You will descend to the beach directly by going down the steps or by walking along the cliff to admire the view from above. The second way is to take Highway 1 south and, just before the bridge, turn onto Big River Road, which will take you to a parking lot at sea level.

Where to Stay in Mendocino

The main advantage of staying overnight in Mendocino is that you can stay in real historical and characteristic residences. Instead of chain hotels, you will be welcomed by bed and breakfasts (have you heard of the country inn of New England?), many of which are family run.

Headlands Inn Bed and Breakfast is a great example of what we just talked about. Located in the heart of Mendocino, this Victorian style house will take you back in time without giving up all the modern comforts.

Agate Cove Inn has a privileged position close to the cliffs overlooking the Pacific Ocean, so it is particularly recommended for those seeking a breathtaking view from their room.

You may recall that I mentioned that East of Eden was shot in Mendocino. Well James Dean himself stayed at the Little River Inn while the movie was being filmed. It is about a 5-minute drive south of Mendocino and its rooms with ocean views will offer you an unforgettable stay. Those who enjoy sports can take advantage of the Little River Inn’s golf course and tennis courts.

Search for accommodations in Mendocino 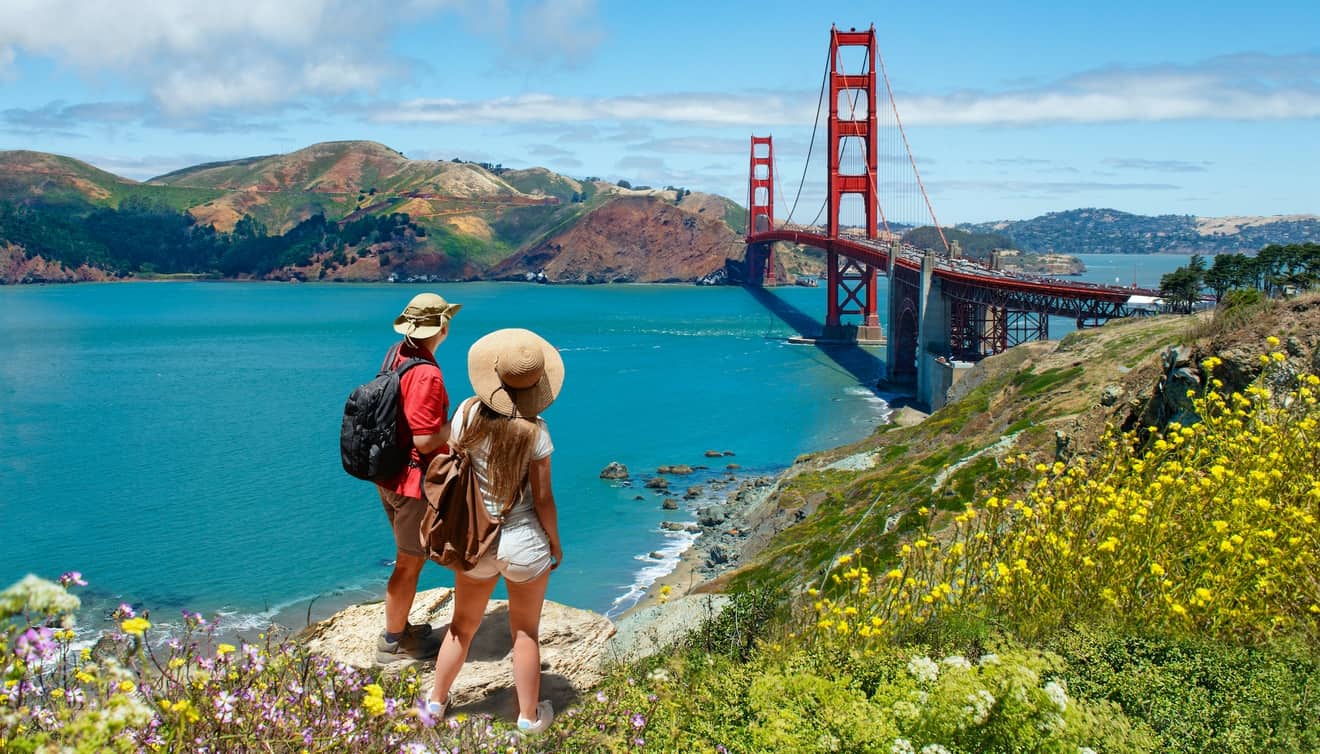