Things to see in Orange County: Top 9 places to visit

Located between Los Angeles and San Diego and bordered by the Santa Ana Mountains and the Pacific Ocean, Orange County, the smallest county in California, has no real defined center; rather, it is more like a collection of small towns. Inevitably, the landmarks of this county are the Disney theme parks, the main tourist attraction, but also the beautiful beaches, which are crossed by the scenic Highway 1, where you can enjoy some of the most beautiful sunsets on the West Coast.

The beaches and towns of Orange County are a setting that is often exploited by American TV series, especially when the protagonists are teenagers. In any case, if you find yourself passing by this sunny area, it is probably for one of the following reasons:

In both cases, you might find it useful to have some information about the surrounding area, in order to better plan your itinerary or day trip. So here are the best things to do and places to visit in Orange County:

Map of the Attractions Of course, you must begin with Disneyland in Anaheim, the first theme park imagined and designed by Walt Disney himself and a destination that deserves to be right in the Top 10 of things to do in California.

First of all, I  should clarify that it’s not a single park, but 2 parks (if they seem too many, then don’t go to Orlando, where there are 6 autonomous parks that comprise DisneyWorld).

The first park, the historic one that opened in 1955, is Disneyland Park, meaning the one with the Cinderella Castle. The second, Disney California Adventure, built more recently (2001), occupies the space that was once the parking lot of Disneyland Park, and its theme is inspired by the history and culture of California.

Which of the 2 parks should you choose? How do you buying tickets, finding accommodations in the area, and plan the trip? In order to answer all these questions, we have written a detailed guide to Disneyland Park in California.

As I mentioned at the beginning, Orange County is a land of beautiful beaches and hidden coves where nature is still untouched and the sunsets are enchanting. There is no better place than Laguna Beach to see for yourself if these claims are true.

Stop at Crystal Cove State Park, a 3-mile long beach topped by a rocky cliff where you can enjoy the utmost peace and tranquility, and where you’ll also find a small historic district with over 40 cottages from the 1930s and 1940s.

You can also head to sunny 1,000 Steps Beach, with its impressive cave that can be crossed at low tide, or look for a way to enter Three Arch Bay Beach, where the view of the splendid triple arched stacks will be your reward for the effort of getting there. Otherwise, you can also go to Victoria Beach, one of the most mesmerizing places, where you will find the mysterious Victoria Tower, which is the subject of pirate stories and legends.

For more details and learn about all the most fascinating places on these beaches, I refer you to our guide on the best things to see in Laguna Beach. Old Towne, the historic district of Orange, is located 7 miles southeast of Disneyland and covers about one square mile around Plaza Square Park, the original square of the city. Here you will find many historic buildings that create a “vintage” atmosphere in the entire district, which is actually also a bustling commercial district with cafes, vintage boutiques, antique shops, and many other kinds of shops. Strolling on the streets here is the main activity and you may find it really enjoyable.

Whether you’re passionate about history or politics, or just want to go see a great museum, the Richard Nixon Presidential Library and Museum is a good way to spend half a day. The exhibitions in the building are very well curated and, thanks to videos and audio material, they present in a very incredible way the facts about Richard Nixon, one of the most controversial presidents in American history, who resigned during his second term because of the Watergate scandal.

In addition to retracing the events that led to the end of the Nixon’s presidency, the exhibits also deal with other important moments of his political career, from his visit to China to the signing of the ceasefire with Vietnam. There is also a section dedicated to the first lady, whose original clothes are displayed in one of the rooms.

In the gardens of the museum, you’ll also find Nixon’s birthplace, his tomb next to his wife’s, and the presidential helicopter, but the most impressive section of the museum is certainly the full-scale reconstruction of the Oval Office of the White House, where you can walk freely and even sit in the President’s chair. San Juan Capistrano is a small city with a charming historic district, but its main attraction is undoubtedly the Spanish mission of the same name. Mission San Juan Capistrano. This Spanish mission, which is located on the El Camino Real historic route, was founded in 1776 as the seventh mission in California. Unfortunately, the earthquake on December 8, 1812 almost completely destroyed it, leaving the Serra Chapel (considered the oldest building in the state) and the load-bearing walls of the Great Stone Church intact, which still manage to give an idea of the beauty of the original church.

In addition to visiting the two most important historic buildings, I also recommend exploring the more recent section of the mission, in particular the garden, with its beautiful colonnades, courtyards and fountains, the home of Father Junipero Serra, the founder of this and other Californian missions, the cemetery, and the soldiers’ barracks. A thorough visit of this fascinating historical structure can take up to an hour and every minute will be well spent.

Even in this beautiful sun-kissed region it can rain, but even if there is good weather, spending an afternoon in one of these three remarkable museums in Santa Ana can be a rewarding experience: The beaches with long piers north of Laguna Beach are ideal for surfing, such as Huntington Beach, which has earned the nickname “Surf City,” Newport Beach, with many clubs near the beach, and The Wedge, a hidden gem south of the Balboa Peninsula that surfers in search of the perfect wave revere. South of Laguna Beach, on the other hand, beyond Dana Point, near the San Diego County border, there is Trestles Beach, another beach that surfers love. If Disneyland hasn’t exhausted your appetite for unbridled fun, know that a few miles from Disneyland you’ll find another place that has a very interesting history. In the early ’30s, the business of Walter Knott and his wife Cordelia was booming. Mr. Knott had a popular boysenberries stand (hybrid fruit obtained from the cross between blackberry and raspberry) and his wife’s fried chicken would sell out fast. To attract even more customers, they came up with a brilliant idea to build a fake western-themed ghost town and also rent rides and attractions from local village fairs.

Knott’s Berry Farm opened in 1932 in Buena Park, near Anaheim. Knott’s Berry Farm still uses the Far West setting as its underlying theme, but also includes thrilling roller coasters that will be lots of fun for those who love excitement and feeling strong emotions.

There are also activities for kids and families, such as Camp Snoopy, a magical world populated by Peanuts characters, while lovers of water parks can have fun at Soak City Orange County, which has lots of pools and fast slides.

In Orange County, you can also enjoy discovering modern and futuristic architecture. I have already mentioned Discovery Science Center in Santa Ana, but there are two other interesting places that I suggest you visit.

The first is Crystal Cathedral, an impressive Catholic church in Garden Grove built in 1981 with one of the greatest musical instruments in the world (Hazel Wright’s organ), and the second is Segerstrom Center for the Arts, Costa Mesa’s concert hall with an innovative design where the Pacific Symphony, Philharmonic Society of Orange County and Pacific Chorale perform.

If contemporary architecture is one of your passions, you will be interested to know that a few miles from Orange, in the heart of Downtown Los Angeles, you will find many other interesting buildings.

Where to Stay while Visiting Orange County

Orange County, as I mentioned earlier, is quite small and can be crossed by car from south to north in just over 40 minutes, so if the main focus of your visit is exploring the county, you can find accommodations in any of the places of interest mentioned and then get around with a rental car. If you would like to read list of all accommodations in Orange County, you can click on the button below:

All the Hotels in Orange County

From a strategic point of view, the two best areas to look for accommodations are near Disneyland and Laguna Beach. In the first case, you will be close to Los Angeles, while in the second case you will be near San Diego County. For suggestions on finding accommodations in these areas, please read our tips in the links below: 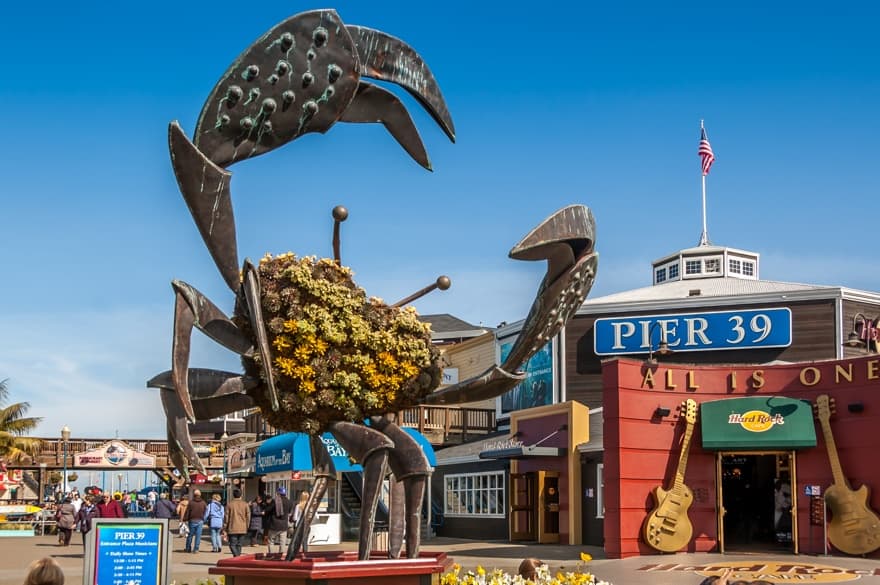 Are you wondering what are the attractions in San Diego? The city has so many to choose from. There are theme parks with activities for all ages, beautiful beaches, and…