Home › USA Parks › Grand Canyon › What is the Best Time to Visit the Grand Canyon? Temperatures and Climate

What is the Best Time to Visit the Grand Canyon? Temperatures and Climate

What is the best time to go to the Grand Canyon?

Whether you have already decided when to visit the Grand Canyon or are planning your itinerary, it may be helpful to read this guide to understand what kind of weather to expect in this famous national park. This season is one of the best seasons to visit the Grand Canyon both in terms of the temperature (mild without being too cold or too hot) and of the number of tourists. Since the main tourist season is later in the year, you will have the chance to explore this area without big crowds around you and enjoy the magic of this place even more.

The only thing to look out for in the North Rim when there is a particularly harsh winter is that it may still be subject to closures. In March, temperatures range between 25° and 50°, and then in May, they range from 39° to 21° degrees.

As you can see, we are not talking about such a hot climate. However, it is advisable to dress in layers to be ready to face cold mornings and the more temperate weather during the day. In April and May, there is also the lowest chance of rainfall. This is (and is also the case of most national parks) the peak period for sightseeing. One reason for this is that only during these months it is guaranteed that the North Rim is fully visitable and accessible. Temperatures for all three months be between 54-59° and about 86°. August, however, is the month in which rainfall is more frequent and during the summer even until the first days of September, there is a higher chance of very intense thunderstorms.

If you want to visit the park while avoiding the large crowds of tourists as much as possible, try to visit the Grand Canyon by 10:00 am, especially if you plan to do some hiking. Alternatively, if you are really keen on going somewhere with few tourists, you can consider visiting the North Rim, where, even in the summer months, there are significantly fewer tourists than in the South Rim. If you like to visit nature parks with small crowds and agreeable weather, then the fall can also be a good time for you to go, starting in September, with temperatures ranging from 46° to 75°, until the month of November when the temperatures fluctuate between 27° to 52°. In addition to the decrease in temperatures, keep in mind that once the snow season begins, some structures (especially in the North Rim) will start to close to visitors.

Therefore, September can be considered a favorable time to go because of its climate, but be more careful if you want to visit the Grand Canyon in the following months when the weather gets much colder. The winter is definitely the worst time to visit the Grand Canyon due to its climate. You will find yourself visiting this immense national park when temperatures range from 18° to 45°. In fact, the winter is very harsh due to the altitude of the national park.

During the winter, snowfall is frequent (especially on the north side of the Grand Canyon), resulting in 5-8 ft of snow for the entire season. Since planning a visit during this period can be tricky, we have dedicated an in-depth guide for how to visit the Grand Canyon in winter.

The other side of the coin is that you’ll practically have the Grand Canyon to yourself, since not many people decide to visit the area during the winter months, and above all, you’ll have the chance to observe the snowy landscape when the contrast between the snow and the red of the rock faces forms an unusual and original masterpiece. Answering this question is difficult since, as you can guess, many personal factors come into play, related both to the time available to make the trip and to preferences.

Generally speaking, apart from the colder winter months, temperatures are almost always pleasant the rest of the year. Even in the middle of the summer, you never have to endure scorching heat, unless you plan to descend to the level of the Colorado River when temperatures can exceed 104°.

If your main goal is to visit the national park when there are no crowds and when temperatures are mild, I would say that the months of May and September are the best.

If you need more information about how to organize an itinerary for the visit to the park, visit our page dedicated to the Grand Canyon, where you will find many articles. The following are the most important ones that I recommend you read: 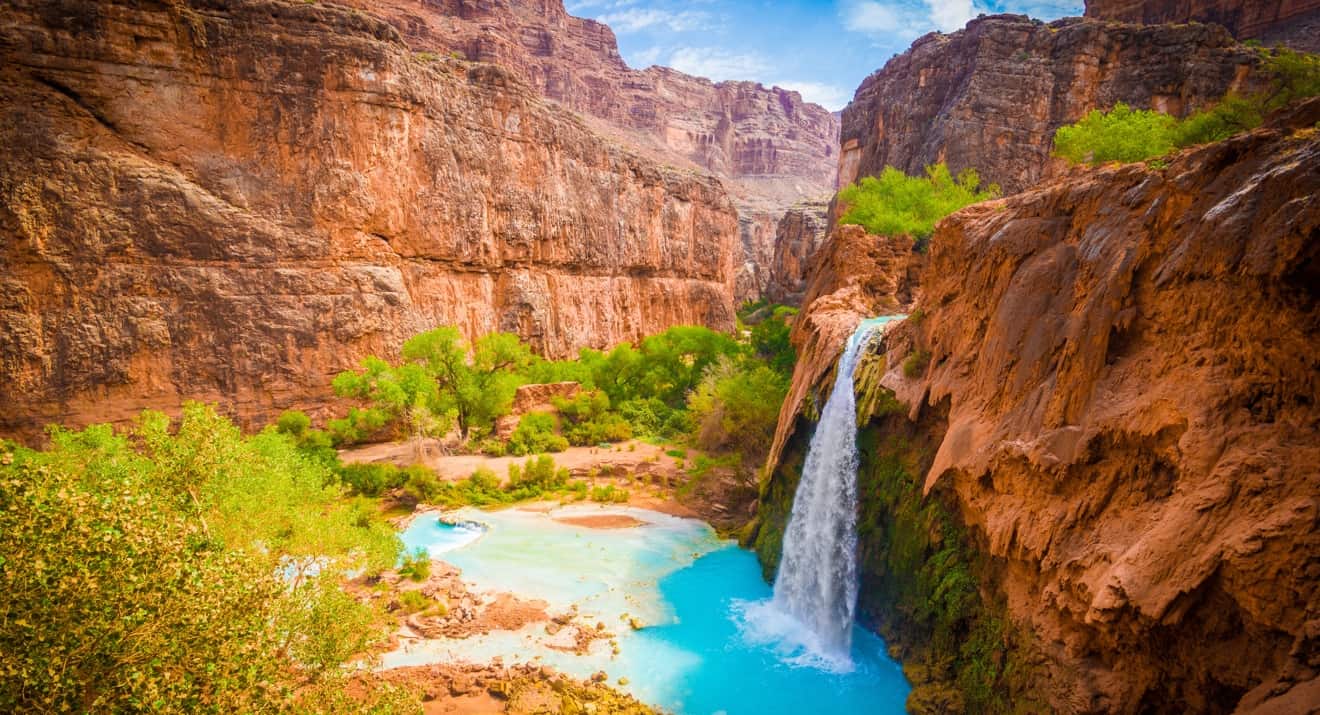