In my opinion, however, San Diego does not deserve to be labeled as a secondary choice on California trips. It is a friendly city full of personality and has very beautiful and inviting beaches (here the water is a bit warmer than on the northern coast). So here’s how to organize a Los Angeles to San Diego drive, travel time, places to see, and suggested stops along the way. Using Downtown Los Angeles as a starting point, the distance between Los Angeles and San Diego is 118 miles, which takes at least 1 hour and 50 minutes without stopping and without traffic.

In light of this information, if you intend to make a quick stop in Los Angeles and visit San Diego in a day and then stay there overnight, don’t underestimate the travel distance. Because of city traffic, the drive can take even more than 3 hours, which further reduces the time available to visit San Diego.

One idea would be to leave Los Angeles after dinner, so that the traffic will be lighter, stay overnight in San Diego and spend the next day sightseeing in San Diego (here is our list of things to see in San Diego).

The travel time indicated above refers to the fastest way to go by car. Below, I will show you an alternative route that may be longer but is more fascinating. If you would like to enjoy every mile of your road trip and avoid crossing areas with boring scenery, the solution is to take your time so that the trip from Los Angeles to San Diego is not just a simple transit from one point to another. I recommend that you take the Pacific Coast Highway (Highway 1) from Los Angeles to the end, south of Laguna Beach. From that point on, you’ll need to continue on I-5 near the coast to reach San Diego.

The landscapes along the Pacific Coast Highway are decidedly less grey and monotonous than the scenery on I-5, which we’ll discuss later. There are some particularly scenic places – I’m referring to the views of Moro Canyon / Crystal Cove State Park near Laguna Beach.

To be honest, the possible stops along this road are numerous and diverse, so we recommend you read our article on Orange County and especially the in-depth article we dedicated to Laguna Beach. Because of its location on the ocean with its beaches and natural parks, I believe Laguna Beach is perhaps the best spot in the whole county along the Pacific Coast Highway.

There are other enjoyable parts of the drive on Highway 1, including Huntington Beach or other coastal towns, which are well-kept. Of course, don’t expect the pristine landscapes of Big Sur, and above all, the pace at which you will be traveling will be slower. The road zigzags through the coastal towns where you may find more traffic.

Under ideal conditions, the 124-mile drive between Downtown Los Angeles and San Diego on Highway 1 would take 3 hours, but between delays and intermediate stops to take pictures and make short visits, the journey can take from 4 to 6 hours, so practically half a day. Therefore, here is what I recommend: As it often happens, the fastest road is also the dullest. If you don’t have much time and want to get to San Diego as quickly as possible from Los Angeles, you have to take I-5, the interstate that connects Mexico and Canada. I have already mentioned the travel time in the first paragraph, and in my opinion, if you are particularly in a hurry, then do not worry about making any intermediate stops, because in the first section (up to San Juan Capistrano), I-5 – not at all scenic – cuts through suburbs and towns in Orange County without any points of interest.

In fact, even the second part of the journey – although it is closer to the coast – is not particularly interesting either, so you can easily consider this trip as a simple drive from one city to another without any regrets for not stopping along the way.

However, if you have some time for one or more detours, here are the possible intermediate stops.

Stops and Things to See between Los Angeles and San Diego

If you read our article dedicated to Orange County, you will discover that there are other places of interest besides the ones located on the coast! By taking a few short detours from the main route on I-5, you can reach some places worth a visit. If you are interested in visiting these attractions, I have divided the route into two parts: Orange County and North County.

In brief, the most interesting part of the drive between Los Angeles and San Diego is the section that cuts through Orange County. Once you pass Dana Point (see cover picture), it’s not worth it to make other stops along the way.

Disneyland in Anaheim, by far the most famous attraction in the area, deserves at least a full day and therefore cannot be considered for a short stop between Los Angeles and San Diego. Besides Disneyland, those who are interested can visit:

If you’d like to learn more about Orange County and are thinking about stopping for an overnight stay between Los Angeles and San Diego, read our recommendations for accommodations in the link below.

Where to stay in Orange County

The last stretch of I-5, south of Orange County, continues into the North County from San Clemente to San Diego, and passes through a series of quiet little towns without any major attractions. Del Mar, Leucadia and Encinitas are good places to stop and break up the trip.

These cities and towns have waterfront clubs, but nothing more. Carlsbad deserves to be mentioned, since it is the location of Legoland California, but just as in the case of Disneyland, the theme park cannot be included as a quick stop on this type of itinerary. If you’d like to visit some of the missions on the Camino Real, the trail of California’s Spanish missions, you could go to the San Luis Rey de Francia Mission near Oceanside, a city that is famous for surfing and the Navy Base nearby.

From Los Angeles to San Diego by Train When traveling around the United States, I tend to recommend driving, however, since the distance between Los Angeles and San Diego is not too long, taking a train could be a fascinating solution for those who want to reduce the number of driving hours.

There are approximately 12 trains per day from Los Angeles to San Diego, starting at 6:00 am and the last one is at 10:00 pm. The journey time from Union Station in Los Angeles to the Old Town Transportation Center in San Diego is approximately 2 hours and 40 minutes. Prices usually range from $35 to $54 per person. 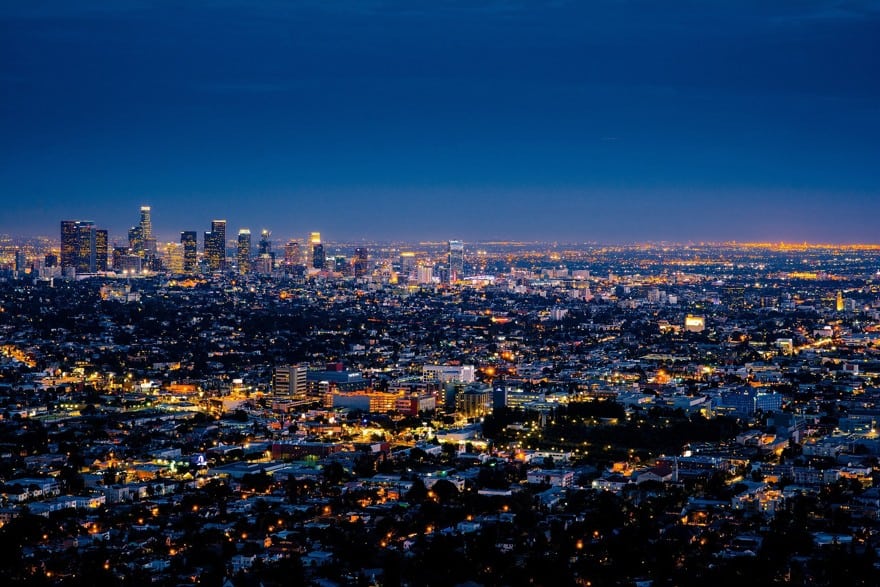