Bonneville Salt Flats is one of the most unusual natural wonders that you may be lucky enough to see while traveling in the United States. It is located in the desert plains of northwestern Utah, about 120 miles from Salt Lake City and a few miles from the border with Nevada. There, you will find a huge flat expanse of salt that stretches as far as the eye can see, a surreal landscape that will remind those who have visited Death Valley of the unforgettable views of Badwater Basin. It is a large basin of dazzling white salt that is also used for speed races, where multiple world records have been set.

The reason why this attraction is normally not included in classic tours is certainly not the lack of charm, but the fact that it is not easy to reach. In this article, we will give you information about visiting Bonneville Salt Flats and show you how to include it in a road trip itinerary.

What is Bonneville Salt Flats This large prehistoric lake once covered much of the eastern flank of the Great Basin, a region that included large portions of Nevada, Utah and Oregon, and crossed into California. As a result of climate change, about 14,500 years ago, the lake began to dry up, leaving some smaller lakes with high salt concentrations in their place, the most famous of which is the Great Salt Lake, located west of Salt Lake City.

In the area west of the present-day Great Salt Lake, on the other hand, the drained basin of the lake, whose sparkling white color is caused by the high concentration of salt (it seems that most of the salt used in American households comes from here), extends for a length of about 12 miles and a width of between 3 and 5 miles. Another feature that is particularly striking is the effect created by the pressure ridges, slabs shaped like hexagons that are created in some parts of the ground (these will also sound familiar to those who have visited Badwater Basin).

But there are other reasons that bring visitors to Bonneville Salt Flats, especially racing enthusiasts. Since 1935, world speed records on 2 wheels have been set and then continuously broken until Gary Gabelich reached the frightening speed of 630 mph in 1970. This record was broken again, but not here; it was broken in the Black Rock Desert, Nevada.

The area is also known for having been secretly used in the past by the U.S. government for ballistic testing of atomic (inert) bombs dropped on Hiroshima and Nagasaki. In the nearby town of Wendover, there was a large military base (now no longer in use) with hundreds of bombers including the infamous Enola Gay.

How to Get to Bonneville Salt Flats

Bonneville Salt Flats is located in northwestern Utah, not far from the border with Nevada. The nearest major city is Salt Lake City, from where it will take you almost 2 hours by car to get to the salt flats. There are at least 3 entrances to take into consideration (I’ll provide you the names here so that you can find on google maps for your convenience):

The Westbound Area can only be visited if you are coming from the east (from the Salt Lake City area, for example) and you must be very careful not to miss it for the following 2 reasons:

In order not to drive additional miles and lose time, follow these directions:

The road to the salt flats is quite interesting. It runs along the south side of the Great Salt Lake, near the Great Saltair, where you can make a quick stop, and the Great Salt Lake State Park. On the way up Interstate 80, you will begin to notice a series of saline concretions and I had been somewhere else, I would have mistaken it for snow.

As the landscape transforms into desert, you will have to pay closer attention. On your right, in the monotonous desert landscape, you will be surprised by some land art installations emerging above the ground. The most famous one is Metaphor: The Tree of Utah, made by Karl Momen in 1986, but if you look carefully along the way you will also notice others. If you’re interested in the genre, land art is popular in this area, and the Utah Museum of Fine Arts in Salt Lake City is supportive of the land art movement.

After driving about 2 hours, 16 miles after Karl Momen’s sculpture, you will find the Westbound Area. After visiting this area, get back in the car, continue on I-80 and get off at Exit 4. You will be at the racetrack in about 15 minutes, the same time it will take you to reach the East Bound Area on your way back towards Salt Lake City. Following this route, you can say you have had a full tour of Bonneville Salt Flats.

There’s no particularly favorable time of the year to go, because every season is incredible in its own way. However, if you want to enjoy visiting the expanse during its highest saline concentration you can visit it during the summer. I visited it during that time and the view was really impressive.

In winter and spring, however, you can find the wet salt crust and a line of water along the surface reflects the surrounding mountains and it looks incredible (see photo above). The downside of visiting Bonneville Salt Flats at this time is that, due to the wet soil, the possibility to drive on the salt flats is severely limited both for safety reasons and for the need to preserve the site. Before visiting Bonneville Flats, here are some recommendations that may be useful to you:

How to include Bonneville Salt Flats in an Itinerary As I already mentioned, Bonneville Salt Flats is located in a rather remote area and usually not included in traditional road trips. In my opinion, there are 2 ways to include it in an itinerary:

Below are detailed suggestions for both itineraries:

On the other hand, if you are coming from Salt Lake City and plan to cross Nevada and conclude the trip in California, you might consider the following stops:

If you are traveling in the opposite direction, remember that you cannot stop at the Salt Flats Rest Area Westbound, but can only stop at the Eastbound Rest Area. Given the choice, I would go for the first one, going westbound.

If you have some time to explore the surrounding area, the nearby town of Wendover offers a few points of interest, including the Historic Wendover Airfield Museum, the historic military base used during World War II, and Wendover Will, the tall statue of a cowboy, which is a destination for anyone who loves to take selfies!

Those who love desert landscapes and land art can take a long detour to discover the Sun Tunnels, created by  Nancy Holt, which is an installation of 4 large cylinders arranged on the desert in the shape of a cross and aligned at dawn and dusk on the summer and winter solstices. Unfortunately, this work of art is out of the way (about 1.5 hours driving from Bonneville Salt Flats) and I suggest to consider visiting it only if you are staying in Wendover or in the immediate surroundings.

Looking for something really weird? If you’re staying near Wendover and you’re willing to drive 137 miles in search of bizarre and unconventional attractions, you might decide to “expatriate” to the Republic of Zaqistan, an independent state born in 2005, when New Yorker Zaq Landsberg bought a plot of land on eBay to make it a small sovereign state. You will find neither inhabitants nor dwellings here, but there are some symbolic installations that embody the spirit of this young nation. If this place inspires you, you can also apply for citizenship and a passport! 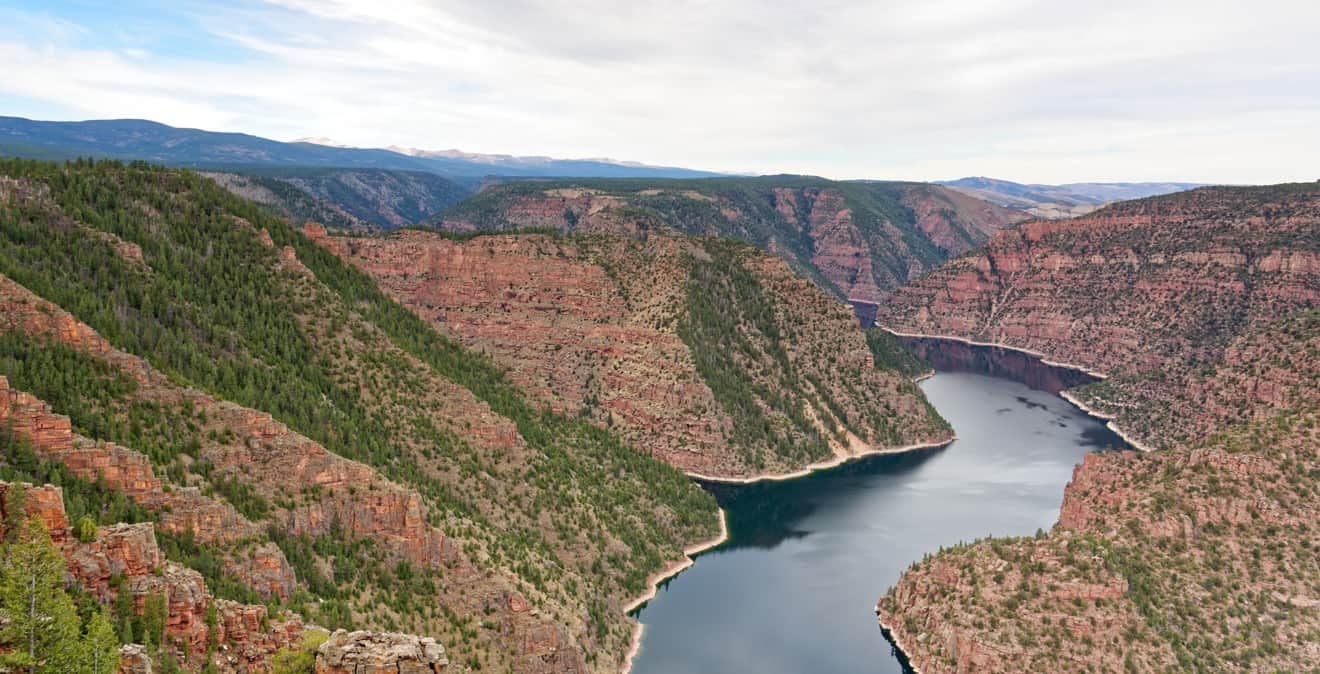 If you want to see incredible natural beauty, you can’t go wrong if you go West. Today we tell you about the Flaming Gorge National Recreation Area, located between northeastern…

Especially in the case of those coming from Bryce Canyon and heading to the Moab area, Scenic Byway UT-24 (also named Capitol Reef Country Scenic Byway) is the natural continuation… It is delightful to see water flowing into a creek in the middle of a canyon surrounded by desert. And when you see this enchanting sight comes into view after a… Many will contend that anyone who goes on a tour of Utah without a quick stop in the small and unknown Kodachrome Basin State Park will be missing out. And…

1 thought on “Bonneville Salt Flats: The Dazzling Beauty of the Great Salt Lake”