Home › USA Parks › What is the Best Way to Visit US National Parks in the Winter?

What is the Best Way to Visit US National Parks in the Winter? How to visit US national parks in the winter? All the useful info for a tour in low season

It often happens that, for one reason or another, to find oneself organizing a trip to the US West Coast during the low season, in november, december or the other coldest winter months. This is the case of honeymoons or romantic getaways, deals on vacations or vacation periods on unconventional dates, or even long business trips where there is the need (and the possibility) to take some time off to spend time in nature in the national parks in the western region of the United States.

Ultimately, there are many people who are wondering (and they ask us!) whether to tour the American National parks in winter is an easy or feasible experience. People fear they may find the park they have dreamed of visiting closed due to snow, or that their plans be affected by harsh weather conditions.

In this article, we want to provide a useful guide for anyone who wants to explore US national parks in winter. Which ones can be visited? Are there any particular restrictions? What are the necessary preparations for this trip?

Pros and Cons of Winter Trips

Let’s imagine that you have to organize a 14-day road trip sometime between November and March and travel to the parks in California, Nevada, Arizona, Utah and Wyoming. The first thing that should be taken into account is that in a short time span you will travel from desert areas such as Death Valley and Monument Valley to high-altitude areas such as Yosemite, Grand Canyon and Yellowstone.

This great variety of landscapes is an incredible treasure of North America. Then imagine how incredible it could be to see these landscapes covered by a blanket of snow. The same variety, however, from a climatic point of view, often has unpleasant surprises in store, which is why “strategic” organization of the itinerary is fundamental, much more than in summer trips, during which you only need to bring a sweatshirt and a windbreaker and you can easily face the heat of Monument Valley and the windstorms of the Grand Canyon South Rim within two days.

Important Information: When booking a rental car, it is good to have a properly equipped car (all-season tires, and above all snow chains, which are generally compulsory). You will find more information in our article about affordable car rentals.

In the past, we have already talked about a possible smart strategy to visit California in winter, giving useful advice and under ideal weather conditions. So what national parks to visit in winter? Let’s now look at the accessibility of some of the West Coast’s most popular and visited parks.

1. Yosemite in the Winter Yosemite is one of the parks that, on paper, is most whose landscapes are ennobled during winter, but at the same time it is difficult to reach as a result of the closure of some important access roads, such as Tioga Road, Glacier Point Road and Mariposa Grove Road. Due to the delicate situation of the park, we have dedicated a specific article to Yosemite in winter, which you can check out for further information.

2. Sequoia and Kings Canyon in the Winter Ah, the snow-covered sequoias: a Christmas atmosphere with gigantic Christmas trees could be something to experience in Sequoia National Park. This park is less frequented than Yosemite, but in the winter you see an influx of visitors who, on their way east (Death Valley-Las Vegas) have decided to avoid Yosemite because of the road closure (or they had to do it…!). This kind of detour, however, creates some inconvenience in the organization of the trip to Death Valley: I tried to help you by publishing the article “drive from Sequoia to Death Valley“.

Also here at Sequoia, you will have problems similar to the ones encountered in Yosemite. Some roads are closed (Highway 180 from Grant Grove to Cedar Grove and the Mineral King Road) and others close at the first snowfall (Moro Rock/Crescent Meadow Road, Panoramic Point Road, Redwood Mountain Road, etc.). Generals Highway, however, remains passable, provided you have snow chains (mandatory). The snow-covered trails through the sequoias are peaceful, but also dangerous, so be careful.

3. Death Valley in the Winter Contrary to what you might think, Death Valley is considered a real “winter park”. Precisely because of its famous heatwaves, visiting Death Valley in summer is not easy. In the winter, despite some rare precipitation, you can hike and go on a more in-depth visit to the park, thanks to the much colder climate (usually, temperatures do not fall below 37°F, while in summer they can reach 155°F). The possibility to see the highest peaks of this desert covered with snow is priceless.

4. Joshua Tree in the Winter Here is another park that sees winter as an ideal season for those visits that, during the summer, would not be easy due to the heat. Joshua Tree National Park, a famous and surreal park that owes its fame to its proximity to Palm Springs, is easily accessible during the colder months. If you’re lucky, you might even find some snow… on the cacti! Temperatures are still optimal, typically around 50-60°F.

5. Bryce Canyon in the Winter Bryce Canyon is another park that is at its best in the winter months. Although it is most frequently visited from May to September, Bryce Canyon‘s winter landscape is strikingly different and enchanting. Imagine the chromatic contrast between the snow-covered red pinnacles and the blue sky.

Even during the snow season, you will find all Bryce’s trails open for hiking (strictly with suitable footwear), but two roads (Fairyland Road and Paria Point Road) will be closed and turned into ski slopes. The other roads will generally be passable, unless severe and sudden snowfall occurs, requiring the immediate intervention of snowplows, or even the temporary closure of the road. Again, for the most part, the roads are passable, but they are also dangerous. Rangers advise not to go close to the edge of the ridges.

6. Zion National Park in the Winter Utah’s most visited park becomes empty in winter and gives the more daring tourists a surprising visit alone or almost alone. In the winter, temperatures can drop, but layered clothing is recommended because even in December you can find a mild climate.

Some of Zion‘s trails may be closed due to heavy snowfall. One of the biggest advantages of visiting Zion in the winter is that the roads are open to cars, unlike the rest of the year when you have to travel mostly by shuttle bus.

7. Antelope Canyon in the Winter Visiting Upper Antelope Canyon in the winter has an equal amount of pros and cons. On the one hand, the canyon is easily accessible. You’ll find many more tours available (it’s a very low season in Page), but on the other hand, you’ll risk missing the famous light effects of the canyon. As a result of the angle of the sun, the light effects become rarer and more difficult to find.

Obviously, it is still worth visiting (the geological beauty does not go into hibernation), but paradoxically, at this time of year, it might be interesting to consider a visit to the less famous, but more adventurous Lower Antelope Canyon.

8. Monument Valley in the Winter In addition to Navajo mythology in regard to the winter season, Monument Valley will be inspiring for those who wish to visit it in winter, even though, according to experts, the best period to visit is the fall.

Temperatures in Monument Valley in winter can be cold, but snowfall is rare and you have to be very lucky to see the magnificent panorama of the snow-covered buttes. Certainly one advantage of a winter visit is that due to the small influx of people, there is the possibility to visit it solo (which is not bad, given that this is a spiritual place).

9. Grand Canyon in  the Winter The Grand Canyon may be more complicated to visit in winter, due to the very cold temperatures and the exposed position of many paths and trails. Those who go to the Grand Canyon between December to February will find sub-zero temperatures (down to 14°F, so dress warm!) and gusts of icy wind, but they can still enjoy the wonderful snow-covered landscape and deserted trails (impossible in summer!). I cannot stress this enough, please be careful on the trails on the ridge, the icy paths can be unsparing to those who do not have suitable footwear or those who venture out too boldly.

The roads are passable unless there is a major snowstorm. In fact, if you go between December and March you can drive on the fascinating Hermit Road, while during the rest of the year it is only possible to travel on it with the shuttle provided by the park. This information is in regard to the South Rim. But be careful! If you intend to visit the North Rim, it will not be possible, since the park closes after the first snowfall (usually in November).

10. Yellowstone in the Winter During the winter, Yellowstone has many restrictions on self-guided tours. Every year, from November until mid-April, the park’s roads are closed to car traffic. This means that the only way to visit the park’s attractions is with a snowmobile tour or a snowcoach tour.

The road from the North Entrance to the Northeast Entrance is the only road open to car traffic in winter. Of course, there are just as many advantages for visiting Yellowstone during the winter, such as snow-covered landscapes, ski trails and the possibility of guided tours by snowmobile or other similar vehicles. 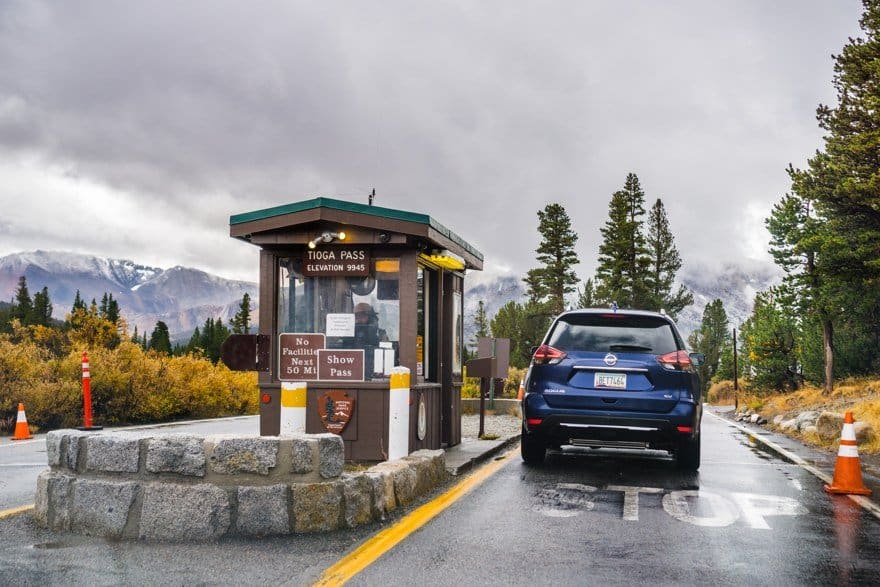 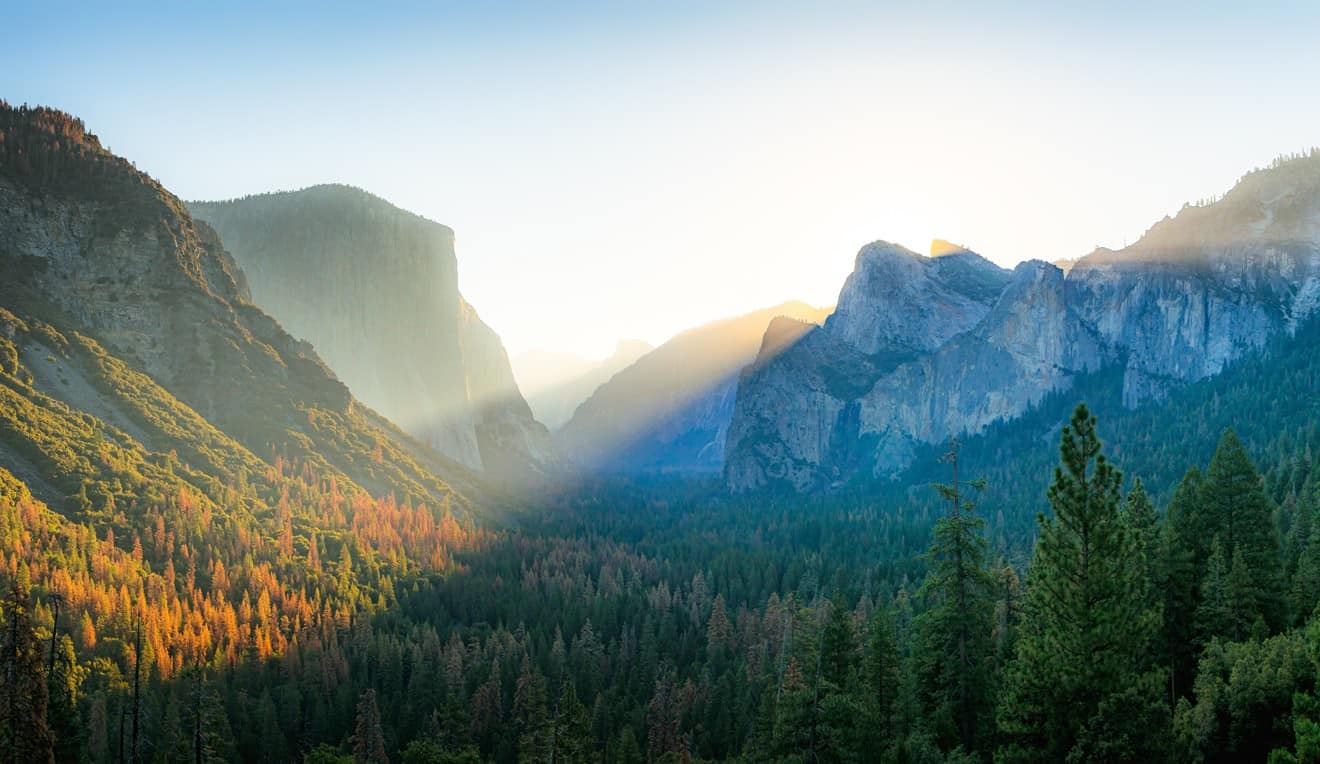 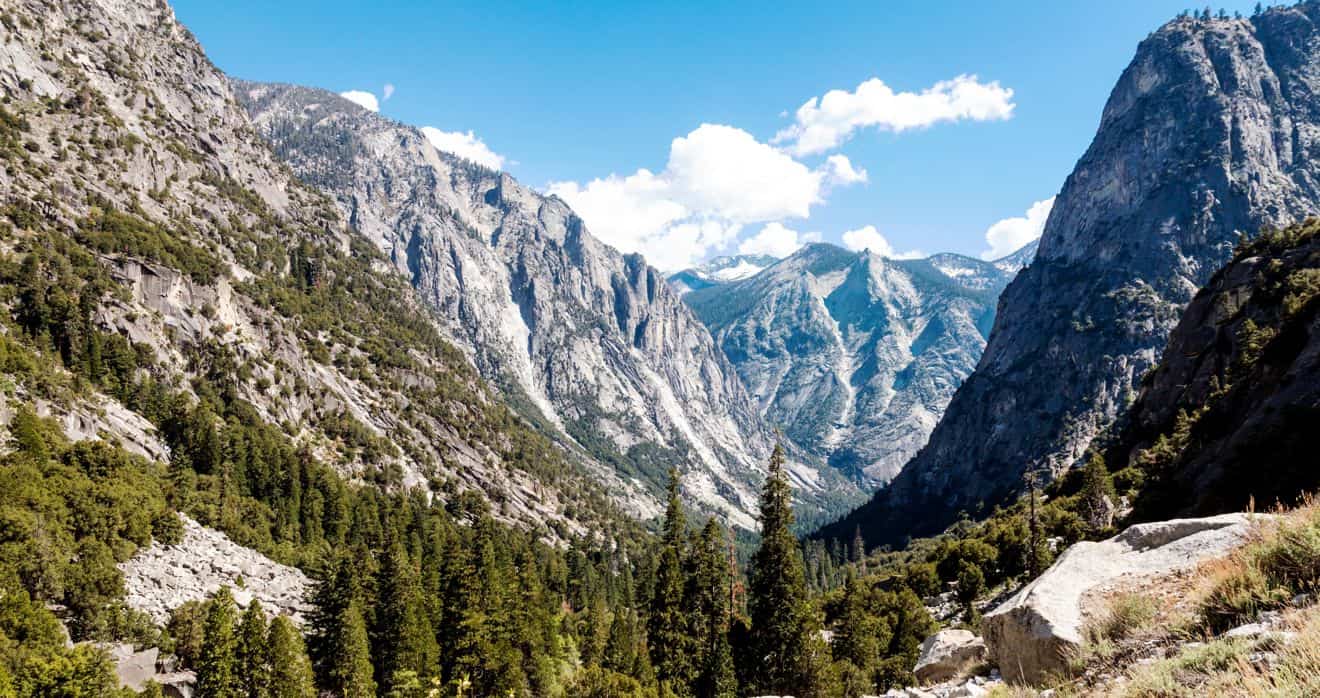 Maybe you didn’t know this, but the deepest canyon in the U.S. is not the Grand Canyon; it is Kings Canyon in California. While the famous gorge in Arizona is…