Bedrock City in Arizona: The Flintstones’ Village near the Grand Canyon 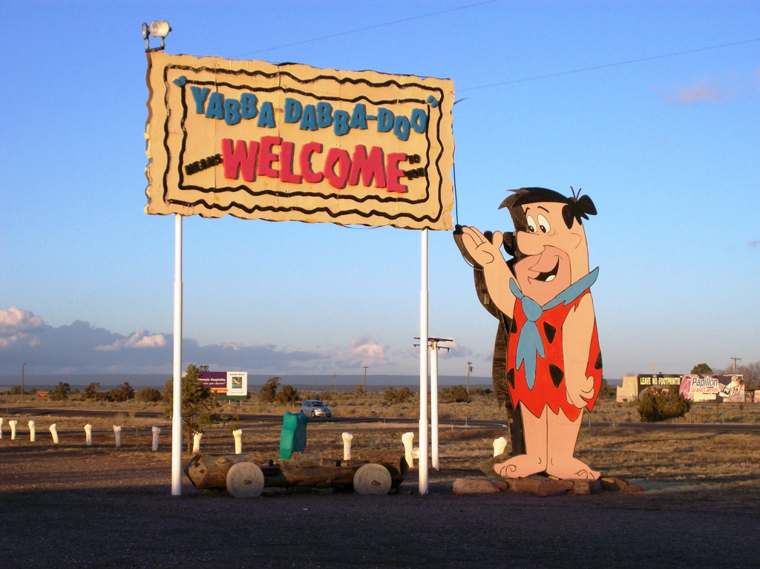 I have many memories of my first trip to the West Coast. Each one is special in its own way and I could never trade one for the other. I remember how restless I felt as I stood before Bryce Canyon; the fascination I felt as I admired the elegant Antelope Canyon, which resembles a Gaudi-inspired natural landscape; the call of the wild in Monument Valley; the perception of our human insignificance in front of the Grand Canyon… and much more. A place that I remember fondly is Bedrock, the city of the Flintstones in Arizona.

Attention
Unfortunately, after 50 years of activity, as of 2019, Bedrock no longer exists. The Flintstones theme park was replaced by Raptor Ranch, a park with birds of prey open to tourists. On the AZ Central website, you will find the words of Troy Morris, the area’s new owner, entrepreneur and falconer, who  said, “I understand people’s emotional attachment, but it’s time in a business sense for something new, but we’re definitely going to keep a little piece of Bedrock.”

Bedrock, Arizona: Dive into the Cartoon after Visiting the Grand Canyon

Before I give you all the details on how to get to Bedrock City in Arizona and what to expect, I’ll tell you about my experience. I was in the middle of my fly and drive in the West Coast and had just spent a beautiful day at the Grand Canyon. In the afternoon, we were driving on Highway 64 towards Williams, the famous little town on Route 66 in Arizona where we were planning to stay overnight. The trip was pleasant and relaxing, but we still had not gotten over the excitement of seeing the Grand Canyon. The long, flat and somewhat monotonous road that separated us from the motel didn’t offer anything particularly interesting until, when we were driving through Valle, we saw a huge sign that caught our attention. It depicted Fred Flintstone and the iconic inscription “Yabba-Dabba-Doo. Welcome”. We were intrigued and we went back to understand a little bit what it was all about. After passing another sign with “Bedrock City – Flintstones” on it, there was a large parking lot with a series of buildings that had a prehistoric look. We parked and as we looked around, we became more and more intrigued. When we arrived at the entrance, we saw the sign Prehistoric Park – Campground and Restaurant. All these clues were proof that this place existed. Without expecting it, we had found the Flintstones theme park with a complete reconstruction of Bedrock. We couldn’t believe our eyes!

We have finished our story and, before entering the heart of prehistory, let’s see how to get to Bedrock City, Arizona.

Bedrock, Arizona: Things to Do

When we asked the lady in charge if it was possible to visit the park and she looked at us as if we had asked her if it was possible to buy the Grand Canyon. From her expression, she must have been thinking “Are you serious…? “. Since we were serious, we paid for our tickets and went inside. The price of admission is small. It is only $5 per person, and, in a certain sense, we understand why. When we entered the park through a door next to the gift shop counter, the theme park seemed to be the secondary attraction compared to the shop, where you can find all sorts of Flintstones-themed memorabilia.

The park, at least when we went there, was totally deserted. Seriously, we were the only visitors! On the one hand, we were a bit worried about it, but on the other hand it was thrilling to have the place to ourselves! We were able to walk around the dusty streets of Bedrock City in total solitude, fully enjoying an unusual, eclectic prehistoric atmosphere and touching the houses seen on the Flintstones that we remember from childhood, with all their rudimentary furnishings and faithfully reproduced settings.

I said prehistoric atmosphere, and not by chance. It is not only because of the theme of the park, but also because, objectively, Bedrock City appears in a state of semi-abandonment and would definitely needs to be renovated. When you go to Bedrock, you can’t expect an experience similar to the ones you would have in the most famous theme parks in Los Angeles, typically found on a tour of the West Coast, Disneyland and Universal Studios. The replicas of the houses (actually very faithful to the original houses) and the other parts of Bedrock are basically the only attraction here, and the maintenance of Bedrock by locals could be better. I still believe that someone who is particularly attached to the old Hanna & Barbera cartoon should visit this place, especially for taking pictures, in the spirit of the unusual charm of the nearby Route 66 in Arizona. I suggest you visit the official website, which is just as prehistoric!

This is what you will find in Bedrock City:

Where Can You Stay Overnight? Camping Flintstones Park and other solutions

But you also have the option to camp at Camping Flintstones Park in Bedrock City (now Raptor Ranch Campground). For a small price you can camp in either a camper or tent. If you enjoy camping, this is the perfect way to save money and spend the night close to the Grand Canyon. 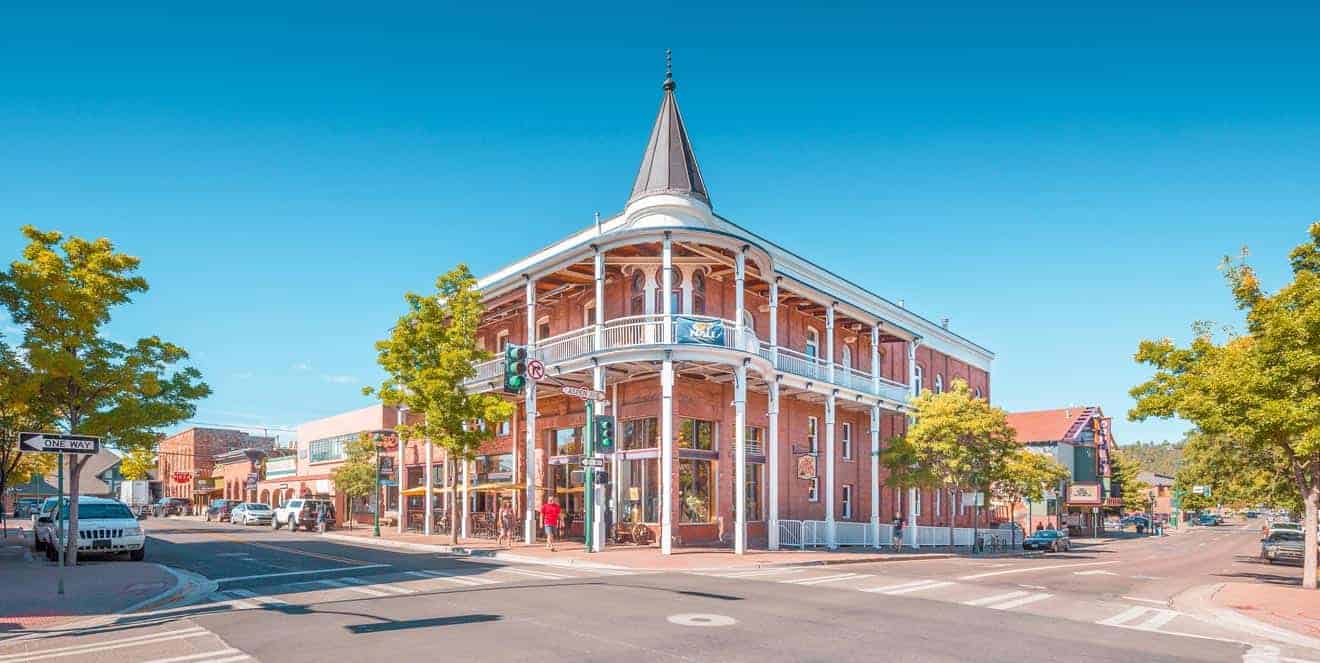 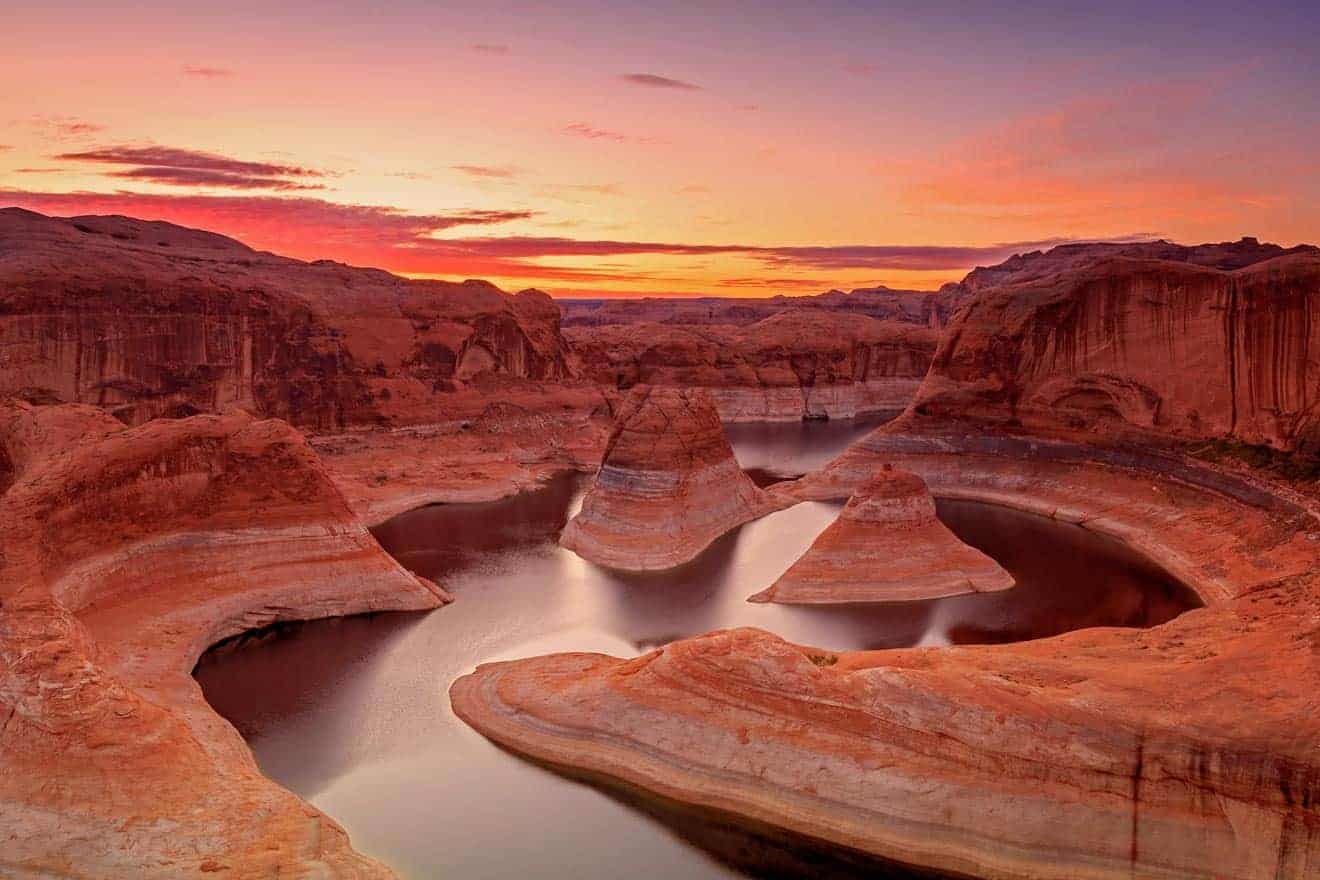